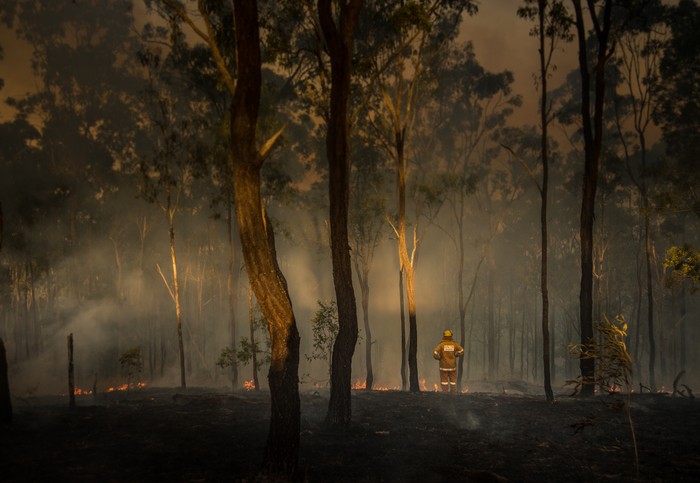 The Californian state has seen a gloomy outbreak of heatwaves. The fierce winds with the hot waves have led to fires that have engulfed the entire region. The fire has spread through large parts of Los Angeles and San Bernardino among other parts, as ashes have begun to reduce the state’s air quality.

According to CNN, the fires in California have engulfed as many as 3.3 million acres of land. The western and the southern coasts are the most affected by the heat waves. As Governor Gavin Newsom had said, the fires are a result of the increasing climate change that has occurred globally as well as locally in America.

The U.S. has seen President Donald Trump’s increasing negligence of climate change during Greta Thunberg’s appeal for immediate activism. Now, it is only predictable that President Trump has dismissed the cause of the fire as “poor land-management”. Newsom and Eric Garcetti have been speaking against Trump’s careless assumption but all in vain.

Perhaps, the policymakers cannot see that while their discourses are limited to their safe spheres, the fires have begun to affect the Californian community at large. On September 8, the South Coast Air Quality Management District had revealed that the fire has begun to affect visibility in the higher levels of the atmosphere. The air-quality has already degraded to a great extent.

As the ash in the air has increased, the authorities have revealed that the threat of high winds of 40 mph will degrade the atmospheric conditions of a few regions. In such regions, the air-quality might reduce to threatening levels, which is why children, older people, and patients of respiratory diseases have to pay careful attention.

The authorities have devised a set of rules for households to follow to protect their families
against the catastrophic fire and the smoke that it has left in the air. One of the guidelines is
to keep a HEPA air-filter in every household.

The areas that have to maintain a high degree of caution are Duarte, Azusa, Monrovia,
Mentone, Yucaipa, Redlands, Glendola, and the Sierra Madre. The LA, south-eastern and
southern counties are under possible threat in the upcoming days.

The counties have published their specific set of guidelines on how to deal with atmospheric degradation. However, we are listing a few common tips for all to have a look:

Apart from these regular tips, you should read through the policies that your county has come up with so that you are ready for any emergency. More than all of the above points, it is important that you act responsibly and do not lose hope that the fire would subside sooner than later.

How Long After An Accident Can You File A Claim?